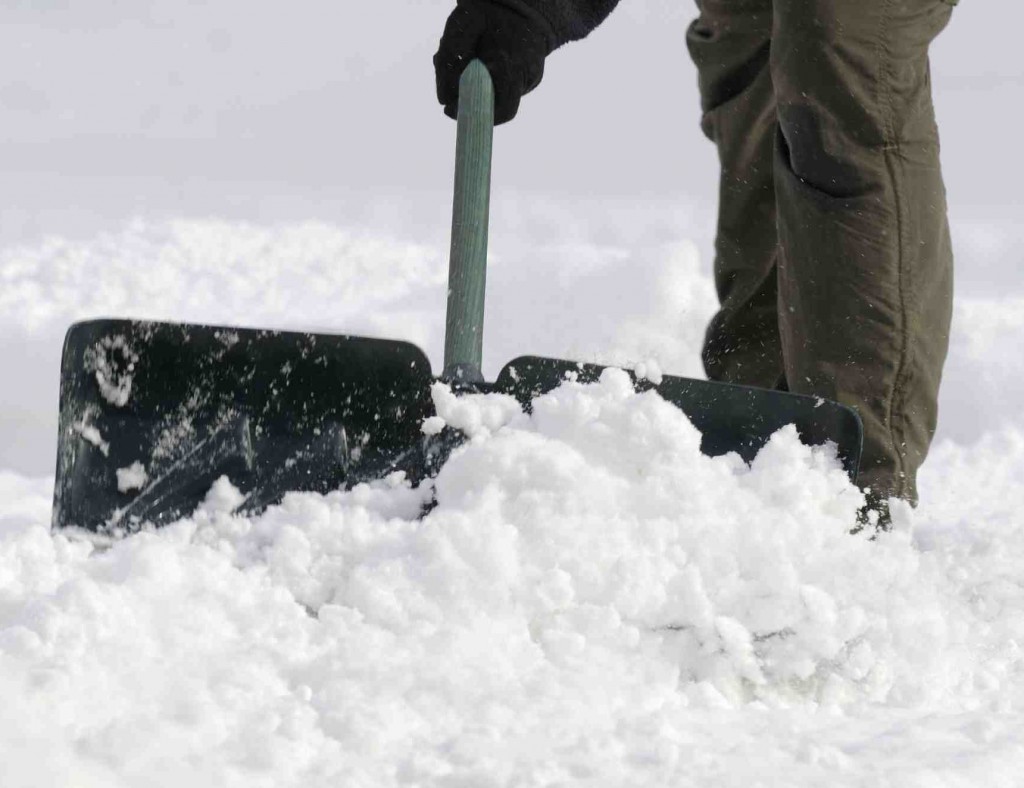 The other morning I woke to a 15cm (six inches for our US readers) of snow. Thankfully it was powdery which eased some of the stress on my aching joints and muscles – it has been a long winter already. The snow was continually falling all the while that I was clearing the walks and driveway.  By the time I finished clearing everything I had to redo a few parts that were again covered. After finishing the driveway for the second time I heard a noise no shoveler ever wants to hear – the beeping of a municipal snow plough vehicle as it coursed down by snow covered street. In thirty seconds, I found myself in knee-deep snow as the plough made its way past my driveway end tossing up a windrow three feet high and seven feet wide – it was literally a tsunami of snow. Had I been standing any closer to the end of the driveway surely I would have been knocked back by the hundreds of pounds of snow the plough had spewed in my direction.  I waved good  morning to the plough driver and I think he snickered.  I cannot fault the man, he was just doing his job and I now had a new job.

One shovel at a time I cleared the windrow fearing if the temperature fell it would become a wall of snow that no vehicle could navigate. In a half hour’s time I made easy work of the snow and retreated to a warm shower before driving off to work. I left work early and headed home to re-shovel knowing that a full day of snow had fallen in the eight hours of my absence, certainly another 15-25 cm. The day had been a record three fall day for me. I had fallen twice when arriving at work and fell again as I was cleaning off my SUV for the trip home. I fell hard on my hip jarring my entire left side. It was a tremendous fall as I am a 6’2” monster of a man and it took a few seconds to compose myself and find balance enough to get back up – silently screaming. I brushed myself off for the third time and limped to my SUV to head home.

A friend of mine with a plough had arrived at my home and was clearing snow while one of my neighbours,was clearing my steps, and another neighbour from across the street was cleaning off my wife’s car – a full blown snow shoveling party had broken out. A few houses down the street lives and elderly widow and we could see that she was shoveling with her granddaughter a driveway with two feet of snow. The neighbours and I grabbed our shovels and marched down the street (I limped) – time to be neighbourly.

In years past, the widow’s husband had been our saviour on numerous occasions with his big snowblower removing even the heaviest of snowfalls before we had stirred from our sleep. He had been the neighbourhood watch committee, and with another neighbour with a snowblower the clearers of the windrows. For the two winters that the widow has been alone her driveway has been miraculously cleaned by the neighbourhood on several occasions  Today,, with three of us, and my plough driving friend, the work was quick and somehow I sensed the old guy watching us from above laughing at our shoveling party. We laughed at our own efforts and all marched home knowing our work for the day was done.

We all need help getting up when we fall down.  If there is no one around when we fall then we must persevere until we get up on our own. There is no better act then to be kind to another because it is the right thing to do. I don’t mind the snow. Its white blanket provides a great backdrop for living right and appreciating others. I can’t wait for the next snow shoveling party.