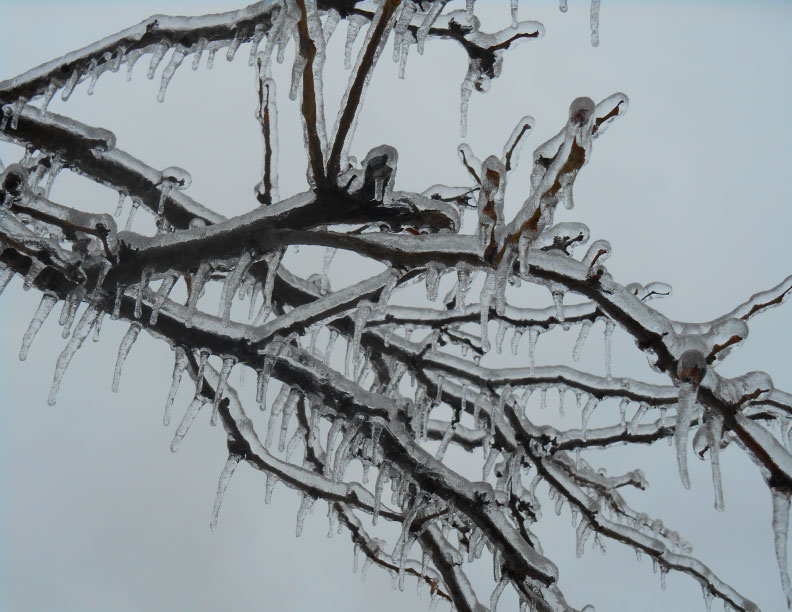 Just before Christmas, much of the Toronto area was kneecapped by Mother Nature. I talked to lots of people about how they handled the weather catastrophe and over and over people ranted about their issues with cell phones and lack of internet. I was lucky to have lost power for only a few hours but some family lost power for a week.

On the morning of the storm, I woke in the dark and went outside for two hours to de-ice property and vehicles.  I looked forward to reading a good book in my chair by sunlight thru a nearby window but had that image ripped away by the return of power in my neighbourhood. At work I was met by close friends without heat or power and my family as well. Not how one envisions the holiday season. We made due, helping as we could and got thru the storm but the storm left a greater lesson in its wake.

We have become slaves to technology and need for instant uninterrupted access to information. A few days without our cellphones and internet and we are reduced to primitive reflections of our former selves. Last year,around this time my nephews created a short film about the angst created by technology versus the spiritedness found within the psyche to help us move forward.  This thymotic behaviour helps us handle life.(see Thymos film)

Life is more than tweets, texts, instagrams, and emoticons. We as humans need real expression of emotion between each other  to create our communal humanity. Too often, in this electronic age there is a sterility in our communication that numbs all emotion. Without emotion there is not a lot left to our character.

During the storm many heroes emerged. Neighbours helped neighbours; people offered up shelter to strangers who could not handle the storm; municipal employees worked endless hours trying to get power restored. Christmas dinners became more poignant for many families as they were simpler events with greater family spirit.

Suddenly candlepower was de rigeuer once more as people had to operate under limited light. One customer told me he played Monopoly for the first time in twenty years with his kids that had grown up on video games and they loved it. Another elderly patron said it reminded him of growing up seventy years ago in a rural farmhouse where gas lanterns provided light and fireplaces provided heat and cooking facilities.

I heard people cursing the governments. How can we guess the hand that Mother Nature deals us and holds in her hand against us? This storm was not cataclysmic by any, but perhaps some people learned how really human we are.  We all need the same things; some shelter, some food, and lots of love. The rest is mostly inconsequential so why get stressed out over that which we cannot control.

We collectively survived the ice storm of 2013 and rang in another New Year. January brought more snow and February roared like a lion. There is a lot of winter left with the groundhogs predicting six more weeks.  Imagine six weeks without your phone. What would you do?