On  a recent dinner date with my lovely wife we were confronted by and incorrectly cooked steak. A half-bloodied slab of meat was placed before my wife whose choice of steak is normally medium to well-done.  We notified our server and she apologized and promptly took the steak back to the kitchen. A few minutes later she returned, head bowed and offered us a fifty percent discount on the steak – which we refused. It was not her fault the grilling guru in the back was lax in his duties. A few minutes later the manager approached us and also offered up apologies and offered up the discount and dessert which we refused.  The manager notified us that the steak would take about twenty minutes to cook properly and that they were preparing it from scratch – I would hope so. 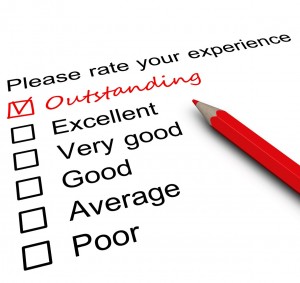 In the meantime, I finished my perfectly cooked burger and waited for the return of the steak.  It arrived about fifteen minutes later – sizzling and steaming. On the first cut it was cooked correctly but subsequent slices revealed the dark red of uncooked meat.  The manager returned and was flabbergasted that her best guy had let her down twice.  She offered up a  discount, and free dessert which we again turned down and let her know we were understanding.  My wife asked for some cornbread to go and it was quickly delivered. Everyone has a bad day sometimes. We paid our bill, left a good tip for great service – meat doneness excluded and laughed at the  meat gods for torturing my wife. It was a memorable meal.

I have been in too many situations where diners verbally abuse servers and management for lapses in service. A spilled bowl of soup on one’s lap is probably cause for momentary lapse in character and release of some verbal abuse.  An undercooked steak presented honestly by an unknowing server is not cause for hostility. Servers are people too. They are offering up service to their clientele. Just because someone is a customer does not give them the right to be abusive.  A little understanding goes a long way.  Stress after all will probably lead to indigestion.

Next time you are in a restaurant and it seems like you are not getting what you consider to be the best of service assess the situation before you begin heaping blame. After all it feels better to forgive then to condemn.