Bourbon was foreign to me until my first night in residence during university. One of my floor mates, who I would quickly learn was an alcoholic at a tender age, had packed a case of Jim Beam when he moved into residence, rather than clothing. His closet was full of bottles of booze, three t-shirts, two pairs of jeans and a beat-up pair of cowboy boots to go with a well, worn Stetson cowboy hat. I later was to find out that this “Marlboro Man Wannabe” was from an affluent family in Vancouver. Who knew there were cowboys in Vancouver? After he noticed my collection of scotches on my bookshelf we developed an instant rapport. We cracked open a bottle of Beam one night and I sipped on this liquid for the first time realizing I had been missing something unique.

The American cousin to the Scottish Whisky, or Canadian Whiskey, bourbon excels at being the black sheep of the whisk(e)y world. For too long it has been considered a poor man’s libation because it came from the rural world of Kentucky; a part of the United States that is known for mining and thoroughbred horses. Bourbon is needed by both hard workers and celebrants and therefore an obvious complement to the citizenry of this area of the world and a gift to the rest of us who get to enjoy it when the opportunity arises. I graduated sober, with my liver intact; unlike my floor mate who I heard dropped out in second year. My curiousity had been peaked and when bourbon was available on a bar menu I would try selections I had not tasted before. The selection available at the time in Ontario was miniscule as compared to today’s market in the GTA but nonetheless I sampled enough to appreciate the differences offered by different distilleries.

A few years after I graduated I was in Ohio at a pool tournament and went to a liquor store with my team mates to stock-up our hotel room. This trip was an eye opener. There were dozens of bourbons available. I selected a few based on the recommendation of the gentleman seated behind bullet proof glass with his finger attached to a string which was attached to the trigger of shotgun pointed at the customer under the counter in front of the cash register. He was knowledgeable, helpful and I avoided him having to use that hand attached to the gun trigger. I picked up some small batch bourbons and also a mason jar of something labelled as corn whiskey not aged more than thirty days. Amongst my purchases I clearly remember Makers Mark as hitting the mark in flavour and character. It was to be appreciated and not to be hastily shot down one’s throat like the cowboys of the old west. The corn whiskey was interesting to say the least and an introduction the unaged alcohol. I met a pool league operator who open my eyes to bourbon appreciation. He had been born in Kentucky and claimed to have drunk bourbon before mother’s milk. I was not going to argue with a purebred son of Kentucky. One afternoon, in between pool matches he introduced me to Blanton’s a newer bourbon labelled single barrel which meant no blending – this was as pure as the spring water it was made from. I liked bourbon before this. After tasting this libation I now loved bourbon and have ever since. 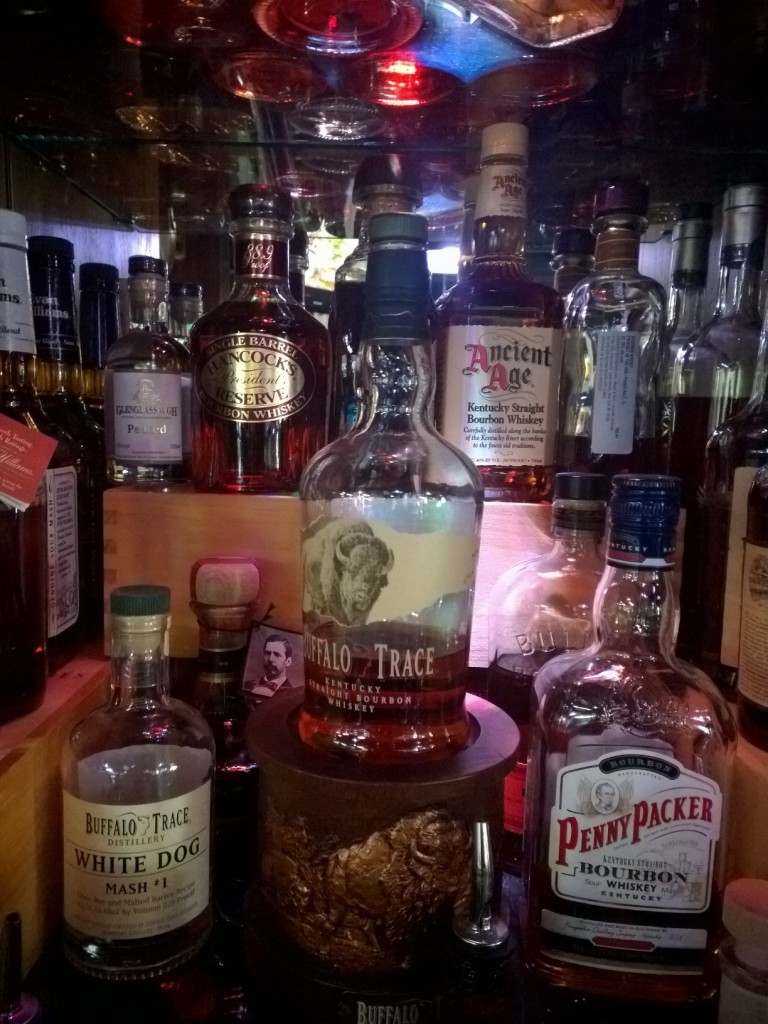 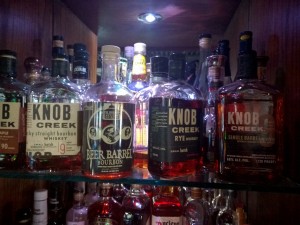 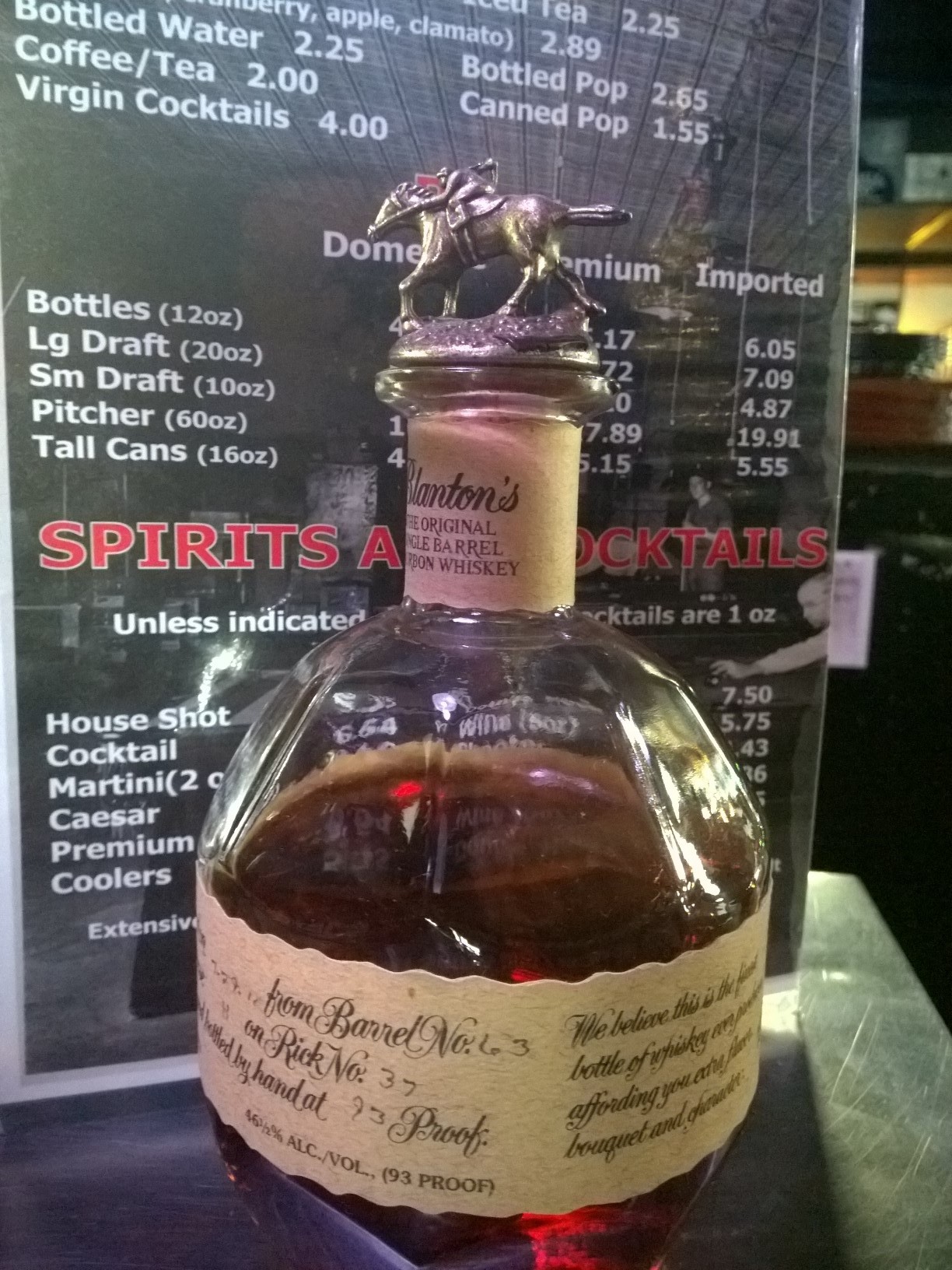 Our pool tournament experience was successful as well that weekend. My team mates and I finished third and collected $3500 for our efforts. We dined on a scrumptious steak feast with beers, bourbons, and lots of dessert before making the drive back to Canada but not before another stop at the string-attached-to-the-trigger-of-a-gun-liquor-store-clerk’s shop for a refill on Maker’s Mark and a several bottles of Blanton’s. I had become a bourbonphile. STORY TO CONTINUE!!